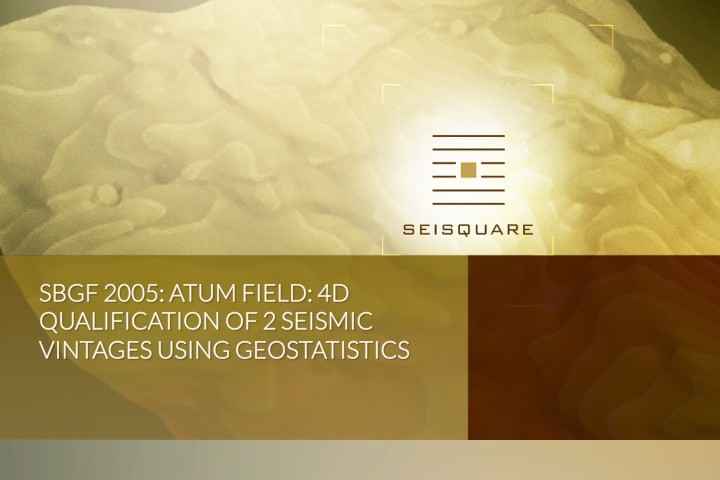 4D spatial diagnostic and geostatistical filtering (factorial kriging) were applied to the 1987 and 2003 seismic vintages acquired on the PETROBRAS RN Atum field . The goal was to evaluate the suitability of these seismic data to highlight 4D production effects. A spatial analysis (controlled by frequency power spectrum) and factorial kriging were used to quantify and suppress the noises and acquisition artefacts in both data sets in order to improve the 4D repeatability. After spatial filtering, the measured coherency (both vertically and spatially) between the two cubes was largely improved but major amplitudes differences still remained due to the different acquisition processes: streamer 1987 and ocean bottom cable 2003. Consequently, the data were not qualified as such for a further 4D study: Instead, dedicated spatial filters controlled by geophysical frequency spectrum were derived to enable comparison and further amplitude equalization of the data sets. The filtered results are currently being used to increase the confidence level on structural interpretation of both seismic data sets. 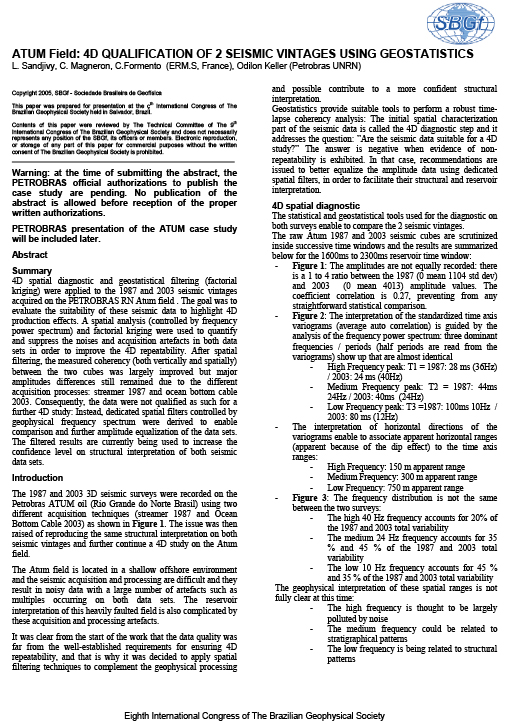 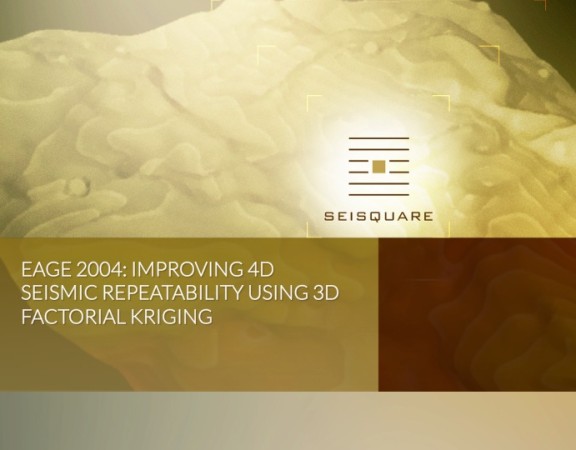